So this thing called NieR: Automata finally breaks the rut of ball-aching tedium ‘big’ (yeah, ‘triple A’ if you like) games have fallen into since 2017 kicked off. It’s different, it’s surprising, and, so far, it’s been an uninterrupted blast of fun. It’s a Platinum Games game. But is it really?

I am sick of open world. I won’t even bother with adjectives to ‘sick’, of any colour or shape. It’s just not worth it.

An open world RPG didn’t sit right with Platinum, I thought, from the very the get-go. Seeing how this Ubisoft-pioneered icon-hunt grind became synonym to ‘better’ in all video game marketing material, I could not even begin to imagine how would a Platinum game benefit from it. Any Platinum game indeed.

But whilst I yawned to no end over every single bit of Mass Effect: Andromeda ad campaign (I am a massive Mass Effect fan, by the way), the idea of Platinum-sharpened combat and controls in whatever kind of world still hovered at the back of my mind. “Please don’t fuck it up!” They didn’t. 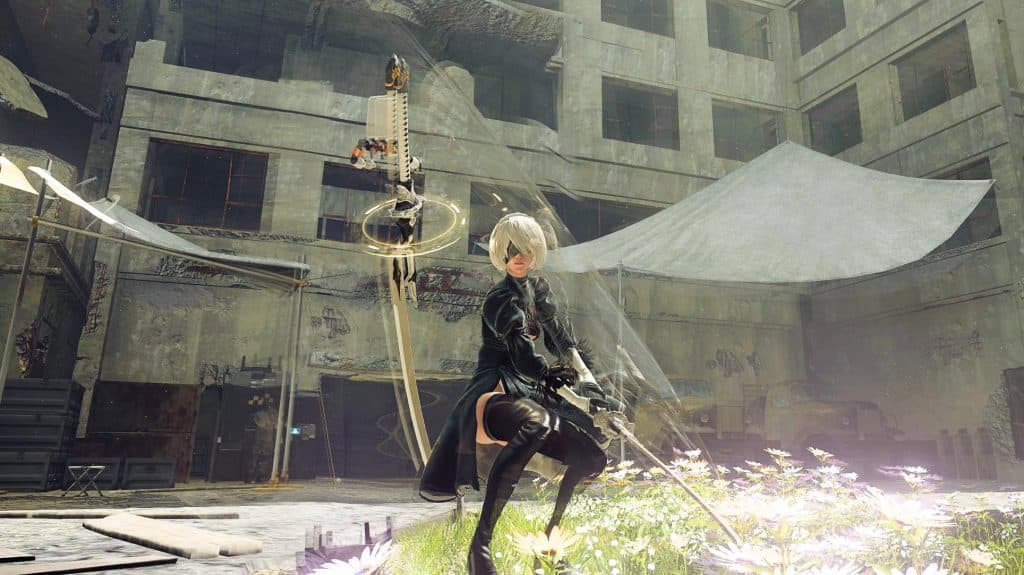 For one, the open area in NieR: Automata isn’t all that big. That’s a good thing. Size never did, doesn’t, and, unless we’re talking about the fucking Matrix here, won’t ever matter. Secondly, there’s too little of ‘busywork’ – idiotic fetch-or-collect-quests and such. And thirdly, the game carries a combat system engineered by Platinum. You know that means you’ll happily kick the same respawned foe’s sorry arse, no matter how many times over. 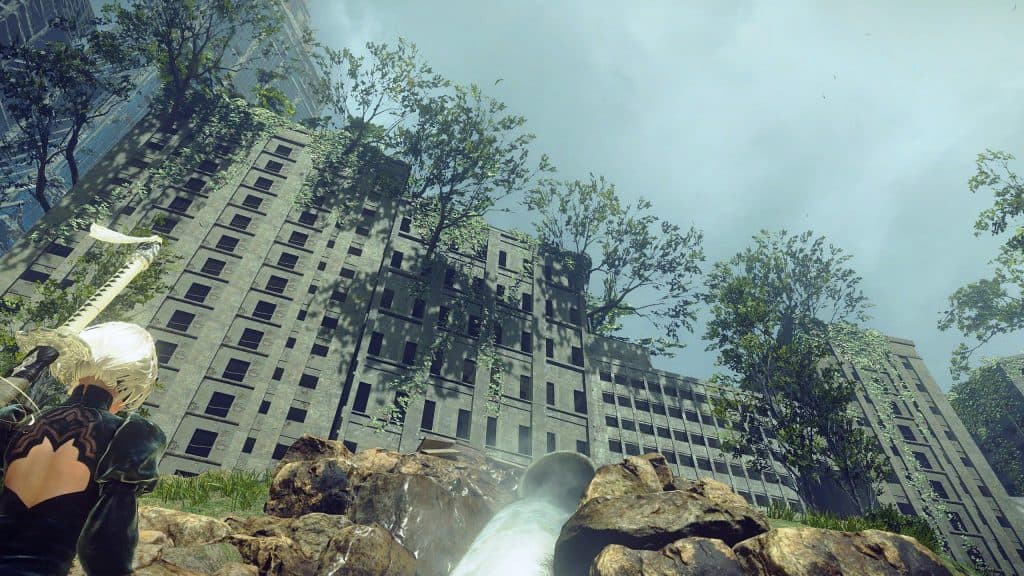 Well, this is always a huge worry. So why is it here, anywhere near NieR?

And sure enough, the port isn’t stellar. It works fine for me, but not without a major annoyance of the Windows mouse cursor hovering over the “fake fullscreen” mode until I move it out of the way, or the eye bleed I get from the 30 fps cutscenes.

That’s of course before one dives into various reports of issues so severe as to have required a third-party mod to patch them out of the game’s skull. To be perfectly honest though, I’m just glad the port exists and it’s certainly better than some games claimed to have been “developed on / for PC”. Now, Platinum, do the right thing and port Vanquish. Here’s my money, take as much as you want.

Since the original NieR never saw a PC release, I had glanced upon some lore write-ups before firing up Automata. Bad move. Much like with Final Fantasy or Metal Gear, the Japanese have again taken the lore to somewhere between over-elaborate to plainly ridiculous.

Whether lore in video games actually matters is for a lengthy discussion. It very well may do in Metal Gear where one, uneducated, swings dangerously close by having got literally zero clue what the hell just happened. On the other hand, being familiar with the meta backstories of Elite: Dangerous admittedly enriches one’s experience. Albeit it usually does so just because there’s often little else to actually fucking do in that game.

Rest assured that NieR: Automata asks its own questions and provides its own answers – forget about the convoluted, confusing stuff that’ll make your think-tank go all WTFWTFWTFWTF. I’d go as far as to objectively state (I never do that) that Automata‘s story will please both the newbies and the die-hards. 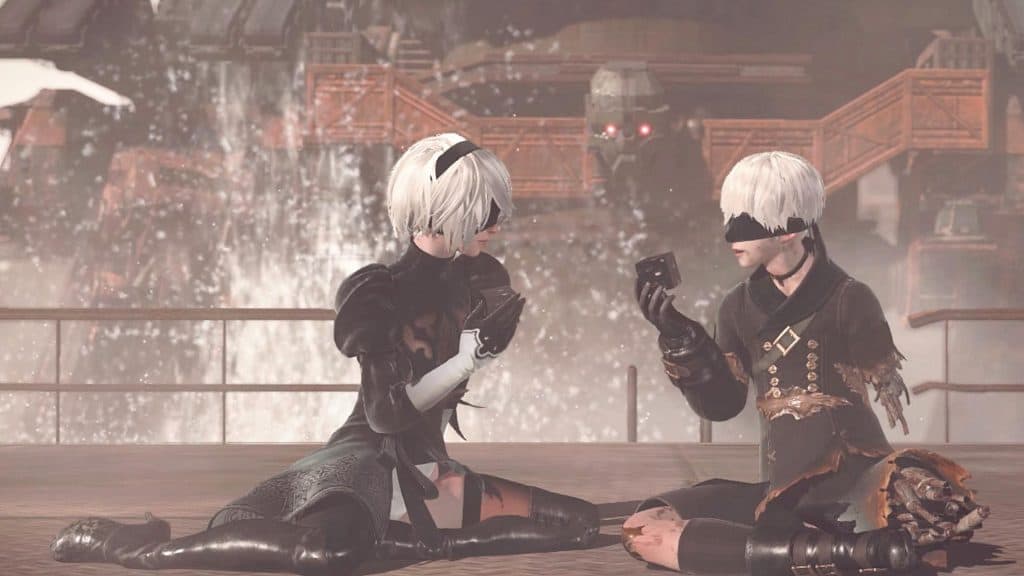 And there you have it. Yours truly whining in far-fetched assumptions and prejudice. The question is, did it turn out to be any good after all that? I guess we’ll find out, won’t we.

The WeekEndGame: The Christmas Selfie Bonanza